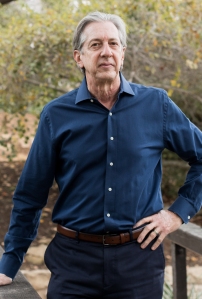 Daniel Thomas’s collection of poetry, Deep Pockets, was published by Saint Julian Press in Houston and won a 2018 Catholic Press Award.  He has published poems in many journals, including Southern Poetry Review, Nimrod, Poetry Ireland Review, The Bitter Oleander, Atlanta Review, and others.

Daniel has an MFA in poetry from Seattle Pacific University, as well as an MA in film and a BA in literature.  His graduate degree in film led him to Twin Cities Public Television, where he was the video editor of an Emmy Award-winning national PBS series and producer of local documentaries. He went on to become COO of the PBS station. His long career in nonprofit management includes work as an executive director and a chief development officer.

Daniel was born and raised in Minneapolis, Minnesota. In addition to writing poetry, he plays the guitar and writes music. For six years he served as vice-chair of the American Composers Forum. Daniel is the father of three grown children. He and his wife, Ellie, moved to Santa Barbara, California in 2015.